I thought it would be a good idea to give a quick list of interesting facts about Durham city:

1. The statue in the market place with the man on top of horse? That is the Third Marquis Londonderry (1778-1854). He owned and set up many of the mines in County Durham, including Seaham harbour, but in 1844, during a miners strike at Seaham, he evicted the strikers, used Irish strike-breakers to continue mining, and warned shopkeepers against supplying food to those who had been evicted!* 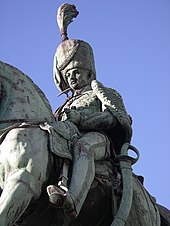 2. The rock used to build Durham Cathedral and Durham Castle is local red sandstone, which when weathered, produces a "honeycombing effect" (the large holes in the rock) that you can see all around the buildings. Both of these buildings also display structural features that were ahead of their time in terms of size and innovation.

3. Famous people who grew up in Durham City include Tony Blair, the former Prime Minister.

4. The trees along the river Wear were as a result of 18th century "landscaping", to give the city a more "medieval" feel.

5. The Durham Gala, which has been going since 1871, is the annual gathering of the mining lodges, which contains a mix of parading banners, marching bands, funfairs, speeches and later on a service at Durham cathedral. It was actually started because because miners wanted to change the contracts with their employers, which were based on a "yearly bond". It was the first time that miners had marched into a major population centre peacefully and shown that they were responsible protesters (lots of tension between Anglican and nonconformist groups at the time made it a big thing back then (basically Durham v. Miners))*^. Students rarely see this sight because it happens in July!

Please leave any comments and I will endeavour to respond!