Creating a 19th century virtual walkthrough of the Gothic Library, part 3: Out of the frying pan and into the fire (more modelling, textures and lighting)

Thanks to Gianna, Grant and Peter for help on this section!!

The last time we left the model, the walls had been constructed, the windows had been given some properties so the impending sunlight would react to it in a physically accurate manner, but the painters and plasterers have not yet been called in. Well, now it's time to break out the Dulux colour charts (or the munsell colour charts, if you're more used to those)!


However, it turns out that my previous creation was very complex to map (more on that below), and it left too many gaps between the areas where the walls meet (for all that AutoCAD and 3DS Max share a lot of features, they are still two very different creatures) so it had to be completely rebuilt! This involved creating a box, splitting it into multiple segments and then model each individual window pane based on this box. Additionally it also turns out that the boolean functions (adding and subtracting surfaces and solids from each other to create new shapes) doesn't work very well in 3DS, in contrast to AutoCAD. I wasted 2 days trying to think of a workaround to this!! on top of the the box was too space intensive so I ignored the thickness of the walls and worked on a plane instead. This meant that I had to create a single shape (i.e. the planes) and effectively have ready-made holes in the shape.
This was repetitive, tedious and dull but it can at least be copied around the building, because the glass is a reasonably uniform shape. The other advantage is that I could import images of the building in question to create the glass panes and iron bars accurately, along with the rest of the model. 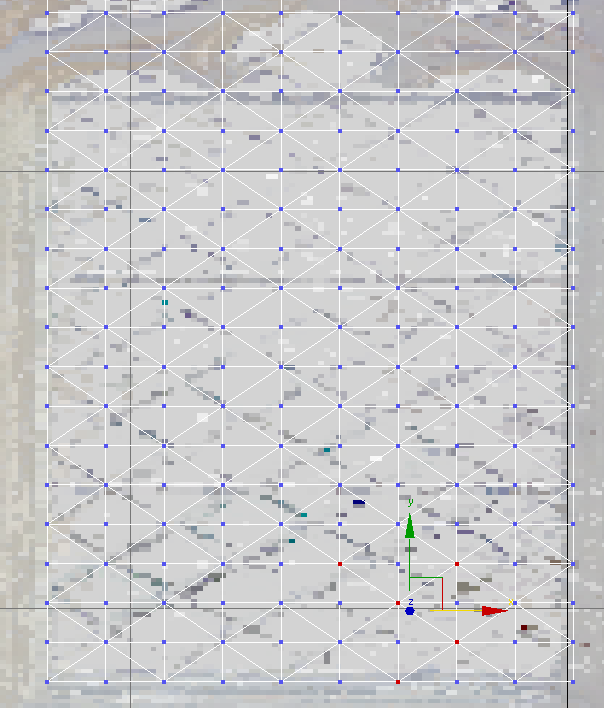 The segments and window in perfect harmony.

In 3DS, applying textures is like adding a new layer of wallpaper to a wall. It doesn't matter what the property of the object is, be it bricks, plastic, etc. If it has a surface, you can put a texture to it (and sometimes multiple textures)! These are known as "maps" and in this blog post I will go through my thought process as I show you how I added some more colour to the gothic library. In trying to be historically accurate, some of the photos have been edited to look how they would have done in the early 1830's, when the library had just been built.

I took some photographs of the gothic library (with the kind permission of Chris Bailey and the team at the Sir George Staunton country Park) and proceeded to edit these in Photoshop. In many places the beautiful plaster work had fallen off, and even some of the bricks had fallen out of place! However, I hadn't come to rebuild the library in real life, I've come to model it to see how it would have looked like in the 19th century, so I used some guesswork and historical evidence (see below) to ensure that the plaster was restored in it's virtual environment. 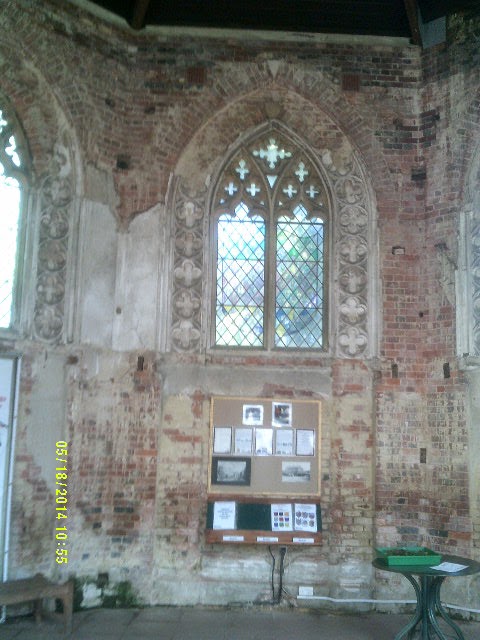 You can clearly see where the plaster should fill around the windows, but it has fallen apart with time.

The most difficult part about applying the photographs to the walls was thinking about how to "wrap" or map the photos around the object. Confused? Think of maps like wrapping a present, except that your present is a wall, and all of the wrapping paper must connect up together. The easiest things to wrap in the real world are those without curves, so the gothic library, if we only focus on the wall and not the windows, is fairly straightforward, especially if we only focus on the interior (i.e. a 2-dimensional surface). See the image of a dice below to see what I mean! Therefore, I changed the boxes that represented the walls into single, 2-dimensional elements by breaking them and then grouping the resulting elements together. A similar texture was used for the roof, which was already in 2- dimensional pieces. The floor, on the other hand, would not require quite as much thought as it was created as just one object. However, to the inexperienced user of 3DS Max, it is a daunting task! 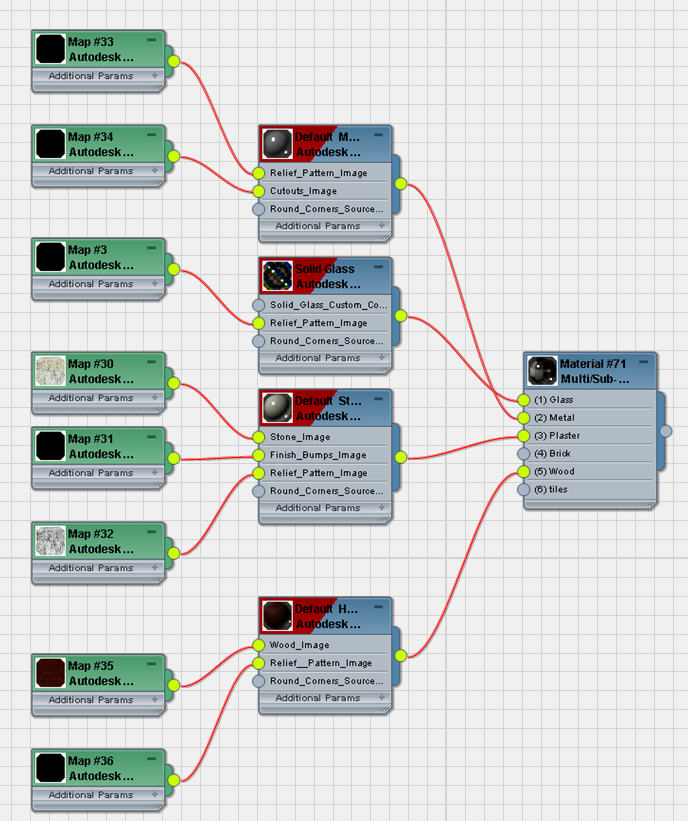 Each of these boxes represents a part of the property of the fabric of the building, be it the texture, the colour, glossiness, etc. This dice is easy to apply to a surface in 3DS because it is geometrically quite straightforward.

As you can see this is one way of applying a photorealistic texture to the building. However, this doesn't cover all of the texturing! The different "maps" don't just cover what you can see on the surface; you can adjust transparency, bumpiness, shadow, photons, etc. Many of these maps are to do with how light reacts with the surface. Unfortunately, I ran out of time to play around with these different maps!
Posted by Alistair Galt at 04:55