N.B. this is a project that I am working on for my Southampton University course and the final results will not be used in real life unless otherwise mentioned. All similarities to the real world, except for anything relating to the Gothic Library, Lewis Vulliamy and all property relating to Autodesk (3DS Max, AutoCAD, etc.), are purely coincidental.

I have been assigned the task of creating a virtual "walkthrough" of the Gothic Library, Havant, for a new TV documentary, as part of a series looking at inspirational Victorian architects. Why the Gothic library? Because it was designed by Lewis Vulliamy, who designed a large number of ecclesiastical and secular buildings in innovative styles in the early Victorian era, and the library's appearance has changed dramatically over the last 150 years.  The Gothic started out life as a library, housing Chinese manuscripts and books of Sir George Staunton, but today very few of the Gothic elements of the library remain; indeed, it is often mistaken for a chapel than a library! This confusion arises from a lack of information about what it's original purpose was for, because it's external appearance (which is largely unchanged) is that of a Gothic revival from the early 19th century, similar to that of many churches across England. While the architect who designed it, Lewis Vulliamy, also designed churches in a similar style, the interior of the Gothic library showed off his flair and creative ability. There is historical  documentation to show what the Gothic library looked like, so part of the assignment will incorporate this.

So what do I mean by a "walkthrough"? The TV company want a video that shows how someone would move around the space of the library, back when it was in use. This would include the furnishings, such as the bookshelves, the original fireplace, etc. so this will take the form of an animation to look at some of the features that existed within the library, but have now been removed. Furthermore, these can be compared to the modern features which have replaced them, in particular the windows, which used to contain more stained glass.

Furthermore, a "walk through" would need to combine the archaeological and virtual elements together seamlessly so that it looks real. This is not as easy as it sounds! While the physical properties of light, bricks, books and so on can be recreated accurately within the software (in this case, 3DS Max (made by Autodesk), this doesn't necessarily mean that it will look realistic. So a balance must be struck between realism and physical accuracy. It is very easy to break the laws of physics in these bits of software.

Furthermore, it has been noted that the actual library may not have been a particularly good place to study, because of the windows letting in either too much or too little light, due to their position relative to the sun. This can be tested using 3DS Max and Mental Ray, which can calculate the position of the sun depending on your position on the earth and the time. This will allow us to see whether the windows impeded reading in the room, and whether it could actually be used as a library. 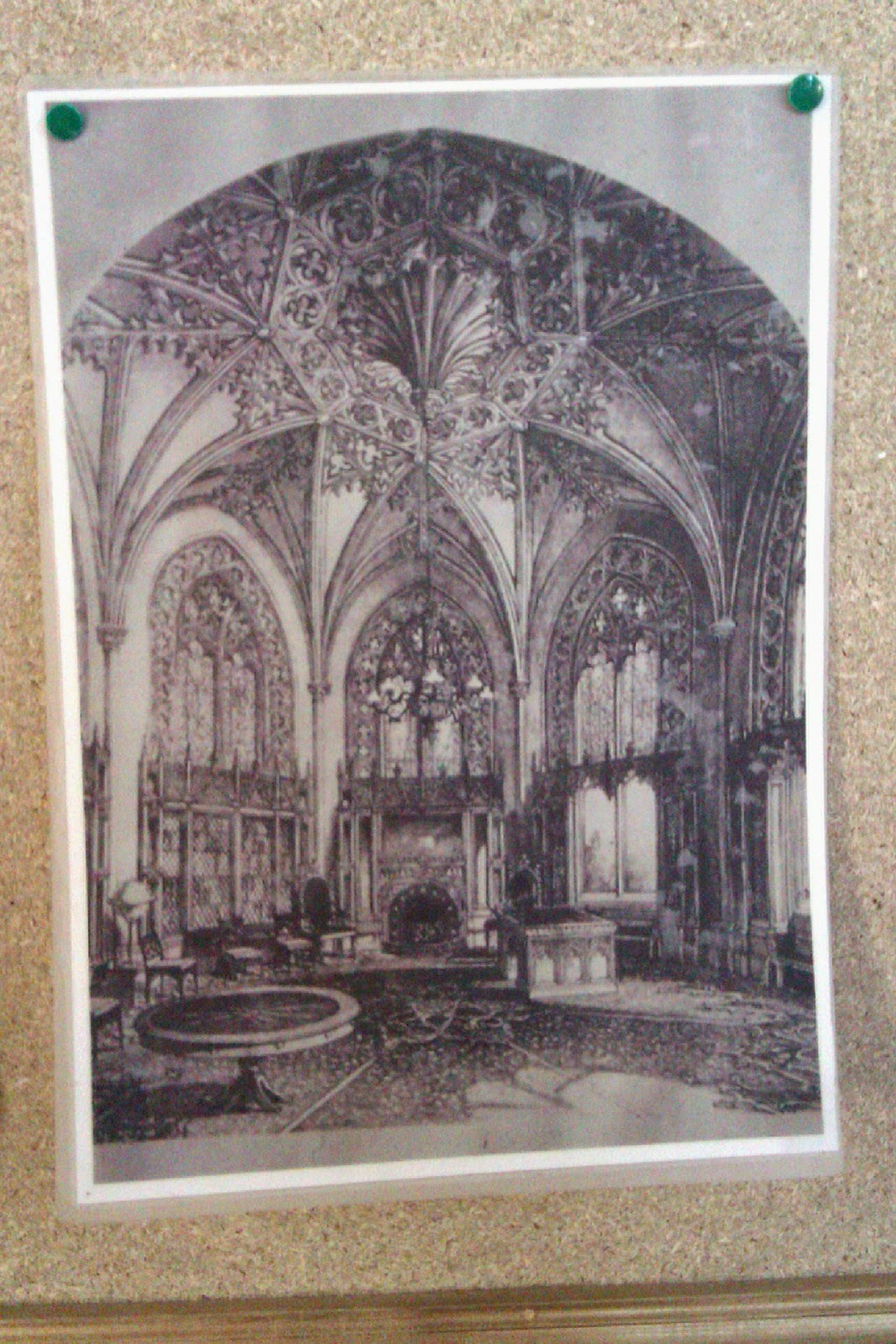 The original interior of the Gothic library, complete with the spectacular roof. I will try to recreate this as faithfully as possible!

The results of these will be animated using 3DS Max, and combined with a series of stills, will go into the TV documentary. Stay tuned for updates!
Posted by Alistair Galt at 09:46