Digging an Etruscan House, Part Three: How Does it Affect You and Me?

So, the Casa Del Anfore has been excavated. The finds are many and varied; they have been cleaned, analysed and the best are in a museum in Scansano, Tuscany. The rest are in a converted school, lying in a darkened room. People have written up the site report for others to enjoy. But if you're reading this and you're not an archaeologist or someone who has little interest in the subject, the chances are the last three sentences are not going to convince you any more that you should paying more attention to the archaeology in your neighbourhood.

Herein lies my dilemma; the public must be told of these finds that archaeologists find (in some cases, by law), but is that audience going to listen, when other major things are happening that are considered more important or interesting, like the recent government shutdown in the USA? Here goes...

The exciting world of the Etruscans!

Italy, c.2,500 years ago: imagine you are a high class Tuscan citizen. you own a house overlooking the sea, and your family has been in the area for many years (family was important to the Etruscans: tombs in Tarquinia attest to family lineage stretching over hundreds of years). They can probably trace their roots to Turkey (new genetic research shows that this is likely for many Etruscans, who are genetically distinct from modern Italians!), and your deceased are interred into grand underground tombs nearby (Tuscany is littered with Etruscan tombs; check out Vetulonia, Tarquinia, Marsiliana to name but a few places). Food was important to you: the countryside gives you food aplenty! You own Greek, Egyptian and Phoenician pottery, clothing, food and other products (all of these things have been found on Etruscan sites). You were highly likely to be literate (the Etruscans had their own language, that is distinct from Latin), regardless if you were a man or a woman, and likely to be practising a religion. You would have dined in grand style (there is so much literature on this!) Your lifestyle may have varied from being a merchant dealing in everything frmo slaves to wild animals, a farmer, a metal-smith, a tax-collector, a pottery-maker, a chariot-owner, a marble sculptor, an engineer, a soldier and so on (all of these job titles can be guessed at using the archaeology and written history of the Etruscans). Oh yes, and you would have had slaves to do your chores. A more Italian desription of the Etruscans can be found here (in English), but also here is a more comprehensive, but short academic approach to the Etruscans. 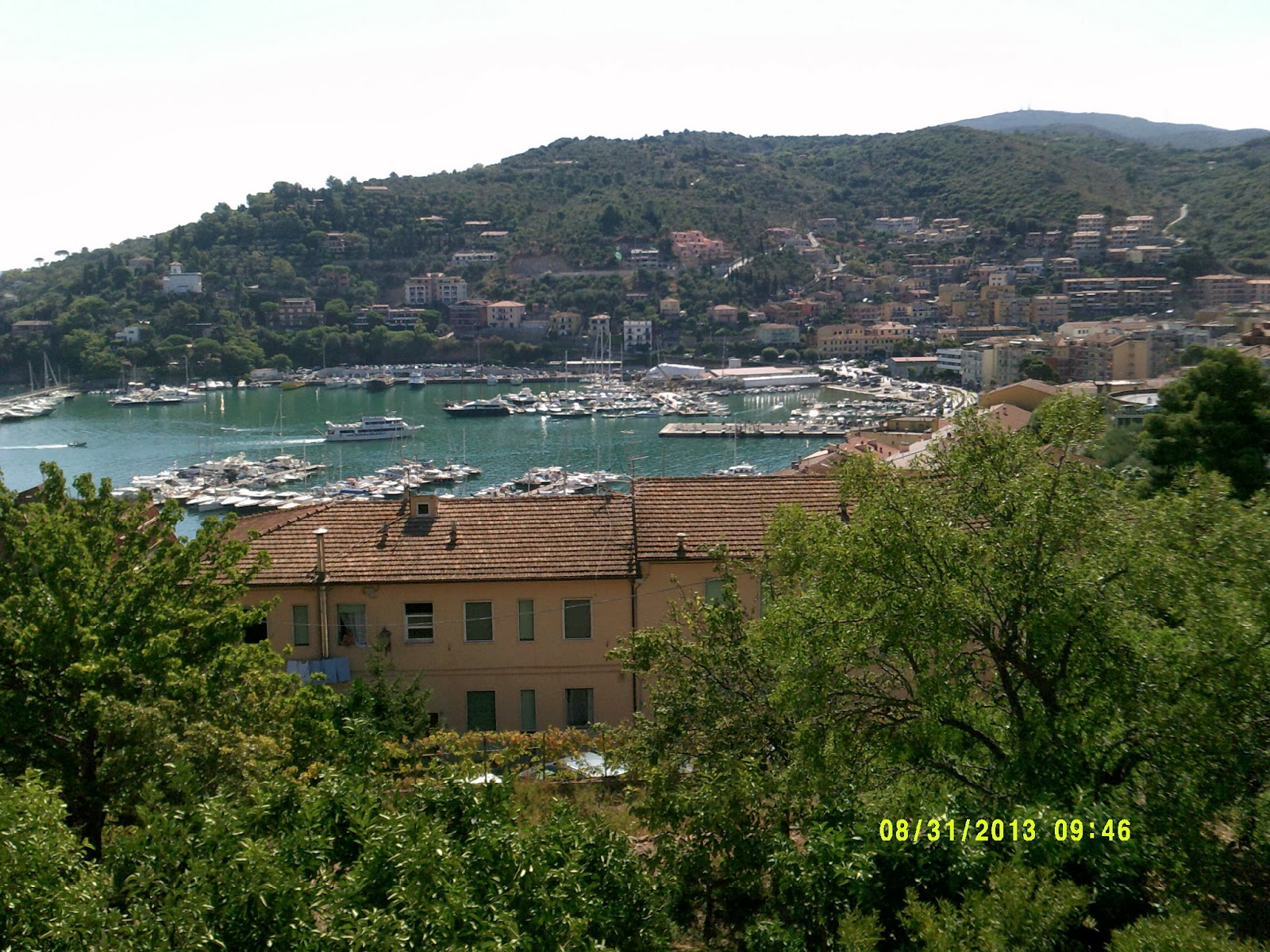 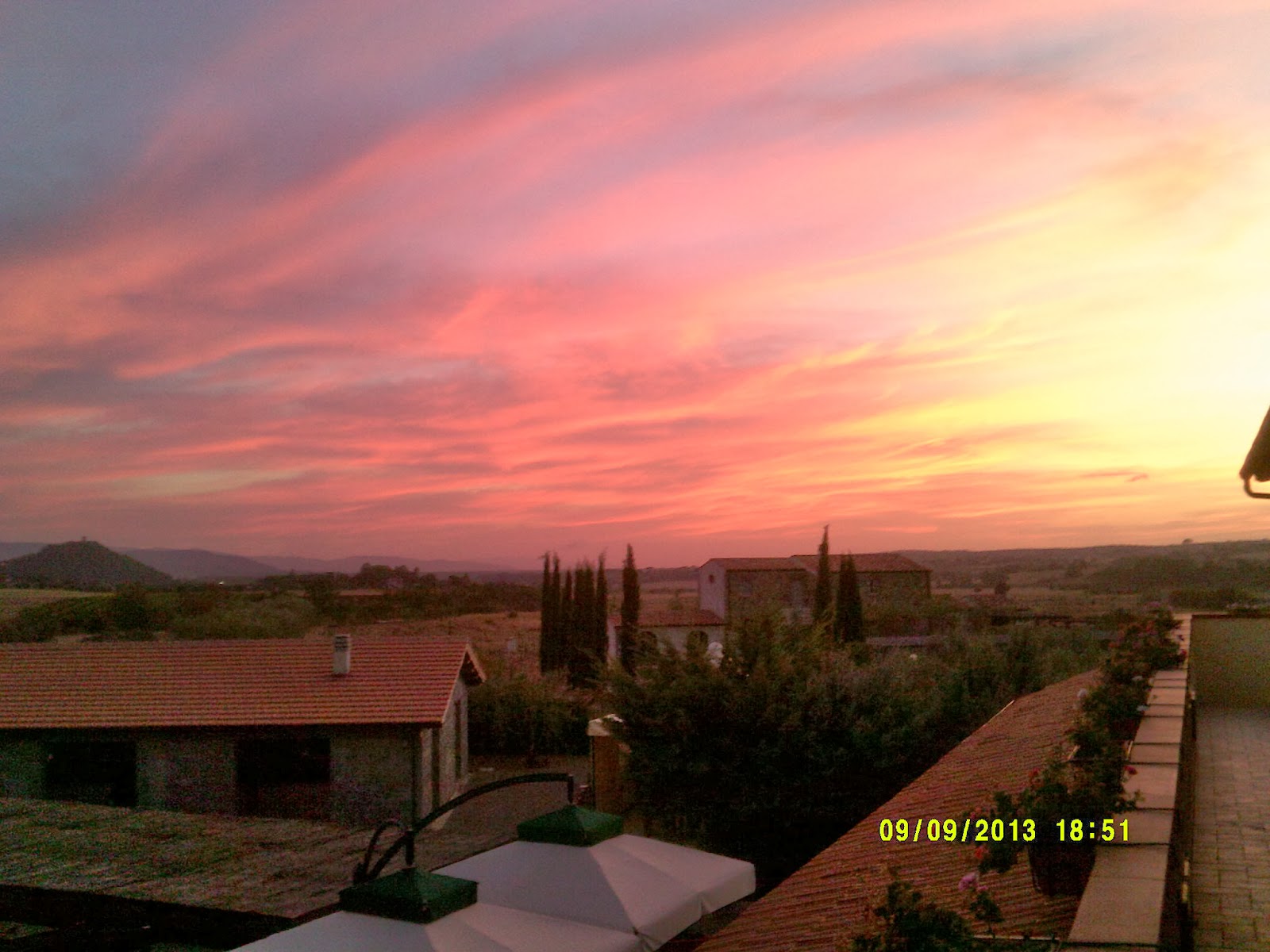 The sort of views you could have enjoyed as an Etruscan! (author's own)

So how does that relate to the Casa Del Anfore (see other blog posts below)? Well, what I've just described above could largely be applied to the Casa, and a lot of what we have found fits this description. Aside from the well, which is rare but not unheard of in Etruscan society, this Casa fits the description of your average high class family in Etruscan times. Ok, so it's biased towards the high-class society, but very little of the lower class society exists compared to the high-class.

What strikes you most about the Etruscans? A similarity between our lifestyle and theirs, perhaps? My point is that since the dawn of time, where there have been civilisations, there have been later civilisations trying to emulate them. The Romans loved the Etruscans; so much so that Emperors proceeded to take the Etruscan's statues to Rome! By trying to emulate them, and copying aspects of their culture, the Etruscans were nearly lost to history. This is something that the British empire had been doing for some time to a number of modern and ancient civilisations and cultures, nearly to the same extent as the Romans did! Arguably we did it on a grander scale, but at least we were more tolerant of the people whose lands we took. 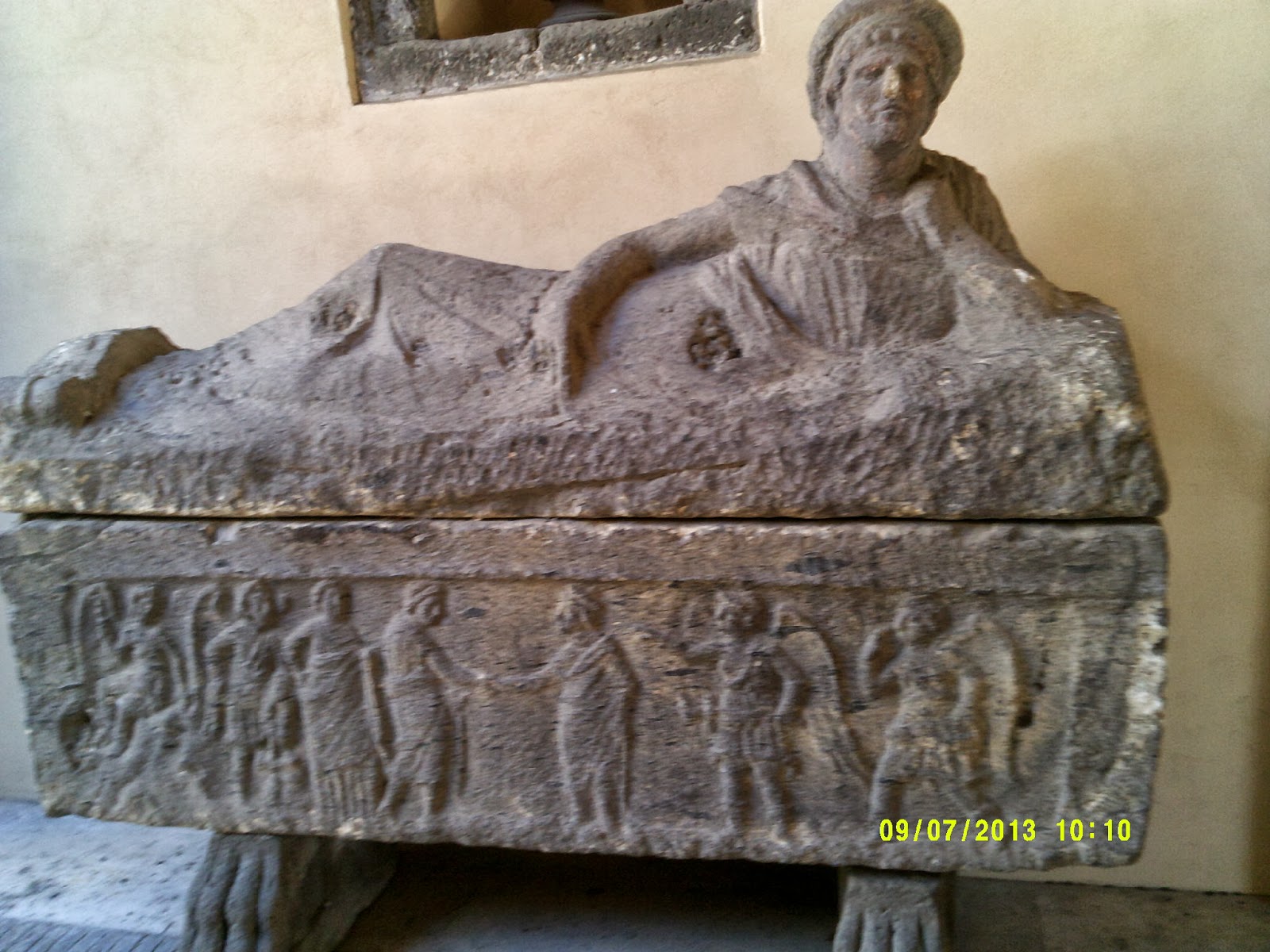 A late Etruscan tomb (c.4th century BC i.e. after the abandonment of the Cassa Del Anfore), with the statue on top reclining, depicting the man who was buried in the tomb. It was deliberately designed to emphasise the character the person had; for example, if s/he was a political figure of good intentions, or if s/he was overweight! (author's own)

But what about the here and now? What about the government shutdown, for example? Did the Etruscans have a similar situation that we can learn from? Well, their form of government involved a series of city states, not unlike the Greek form of government. While modern democracy is much fairer than the Etruscan system, it too owes it's roots to these civilisations. Now this is speculating, but Etruscan city states would probably have run out of money too, and they would have needed to pay soldiers, administrators, maybe even engineers etc. with debts! There are very records that exist of Etruscans having to deal with political matters, but it seems probable that the situations that people find themselves in today had parallels in older civilisations too!

So the Etruscans affect you and me in one way because we have been doing like the Romans and acquiring (sometimes stealing) bits of culture from other civilisations. But also, because you can argue that we can trace our culture back to the Romans, and the Romans themselves can trace some of their culture to the Etruscans (see here as to the relationship between the Etruscans and the Romans), that means that culturally, we are descended from the Etruscans. you might even be related to the people who lived there! Of course, we are descended from other cultures, like the Mesopotamians, using the same logic, but here it is poignant, becasue the Etruscans were innovative, and were the first to use curved arches in Italy, for example (although this idea was taken from thre Greeks!).