Here are some photos of the excavations, taken from my digital camera, the Vivitar F128 (f=8.15mm): 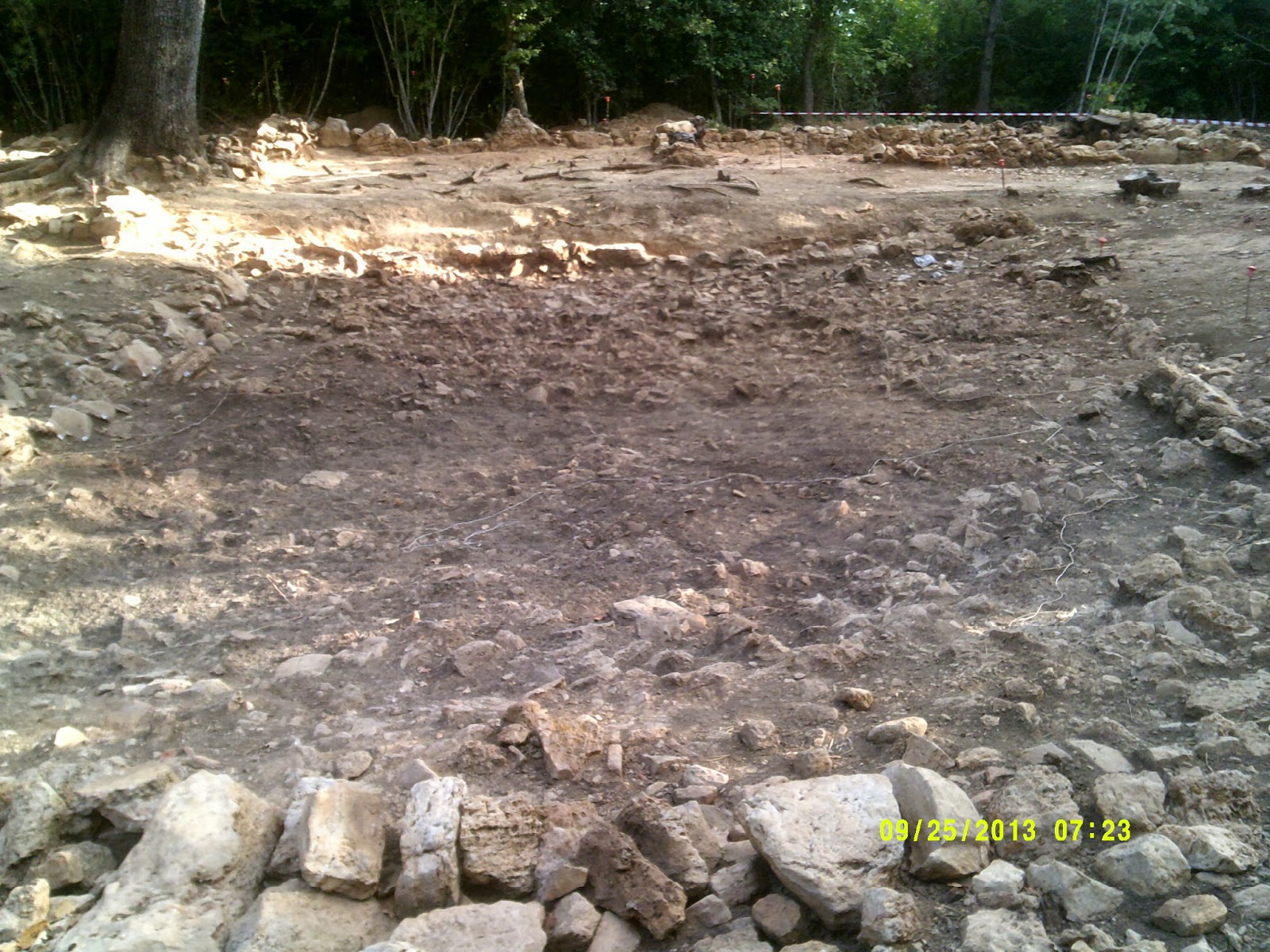 The site near completion: this is the courtyard full of stones, facing roughly North East. 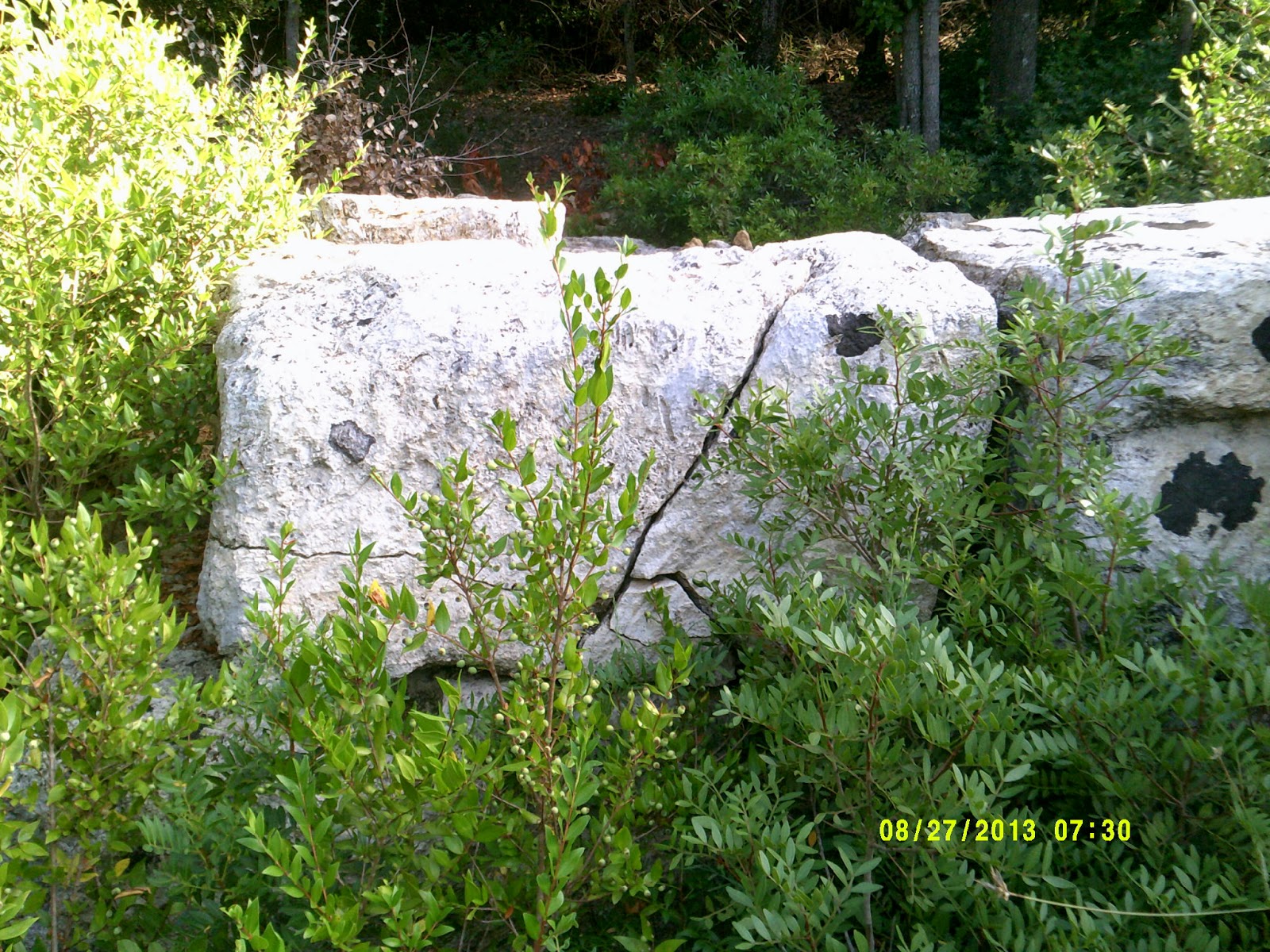 On the first day of the Macchiabuia dig, this is the exposed remains of one of the previously excavated tombs (excavated in the early 20th century). 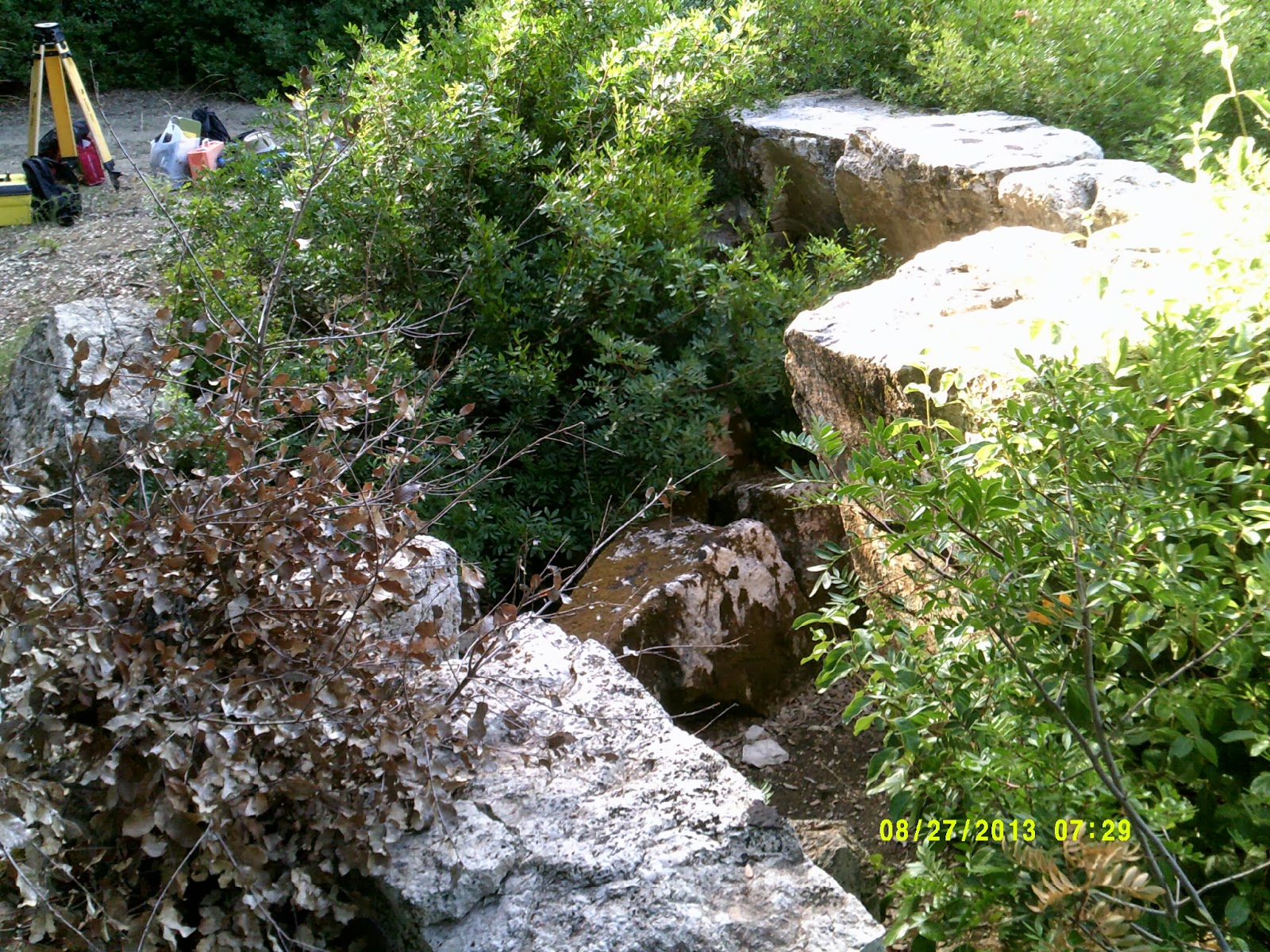 The same tomb taken from a different angle, to give an idea of scale. Note the tripod in the background. 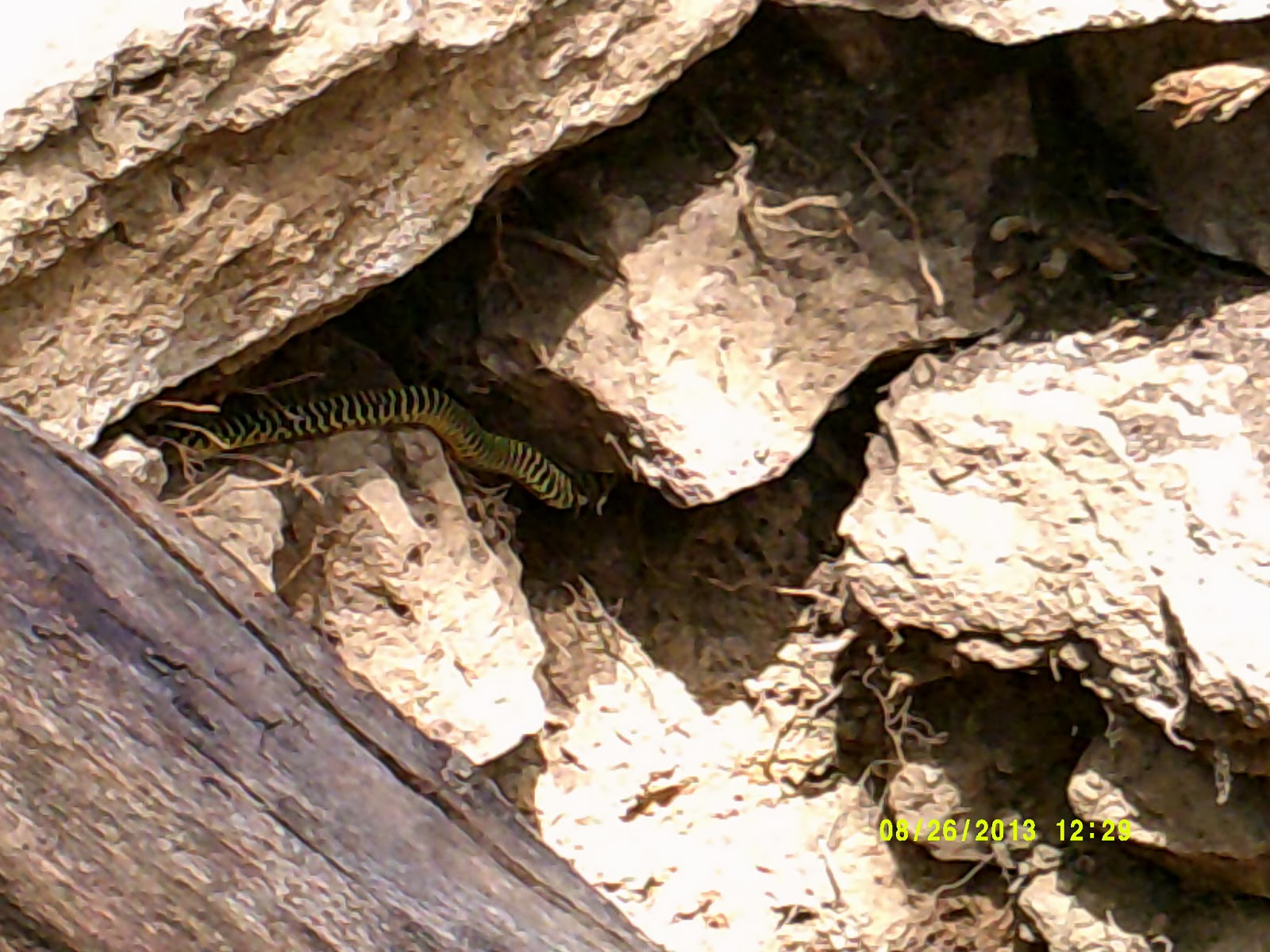 A harmless green whipsnake. However, scorpions and vipers were on site, as well as some other wierd and somewhat dangerous creatures! 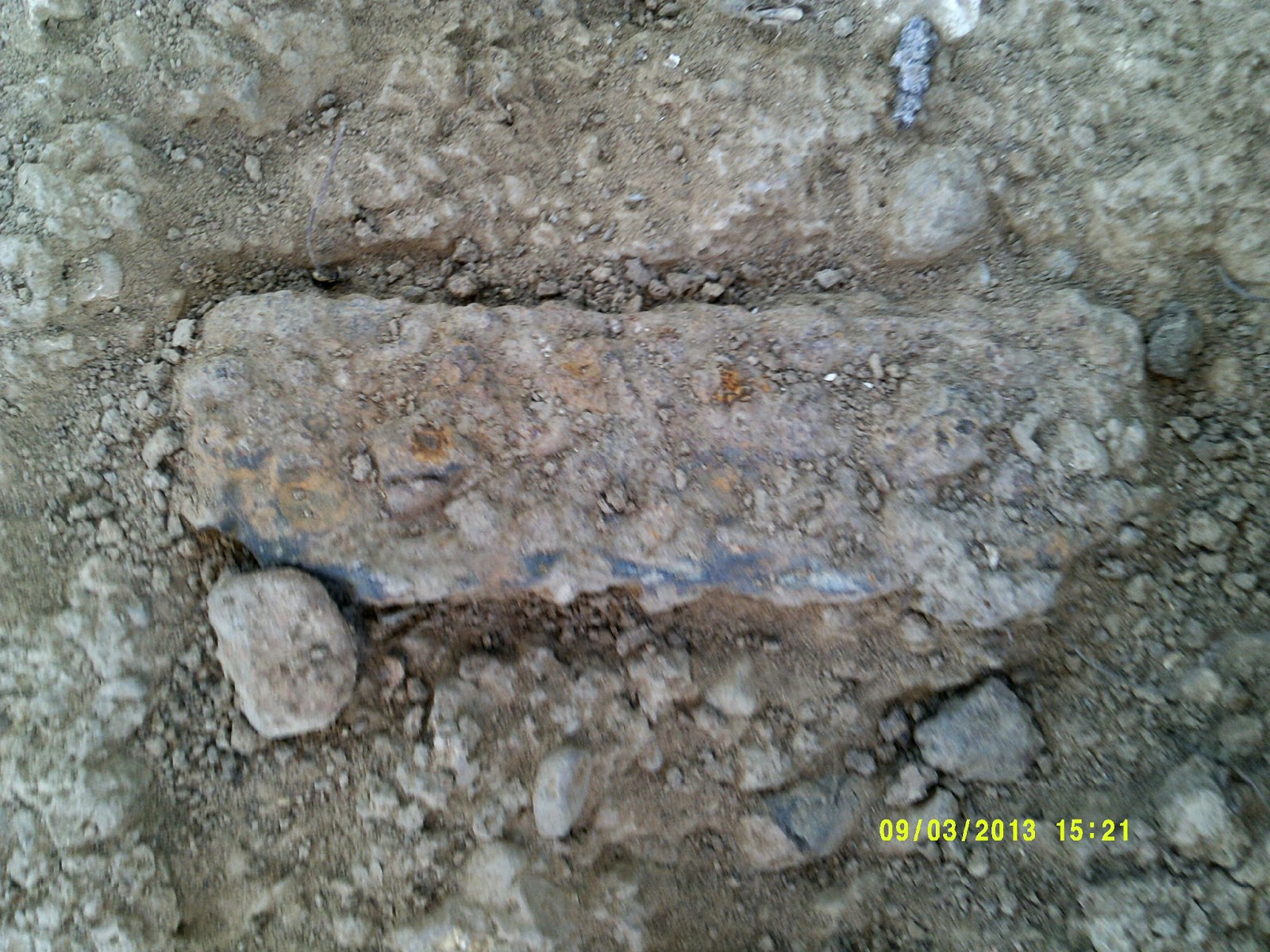 My favourite find on site: an Etruscan door-hinge. It was found in the doorway of one of the rooms in the casa del anfore! 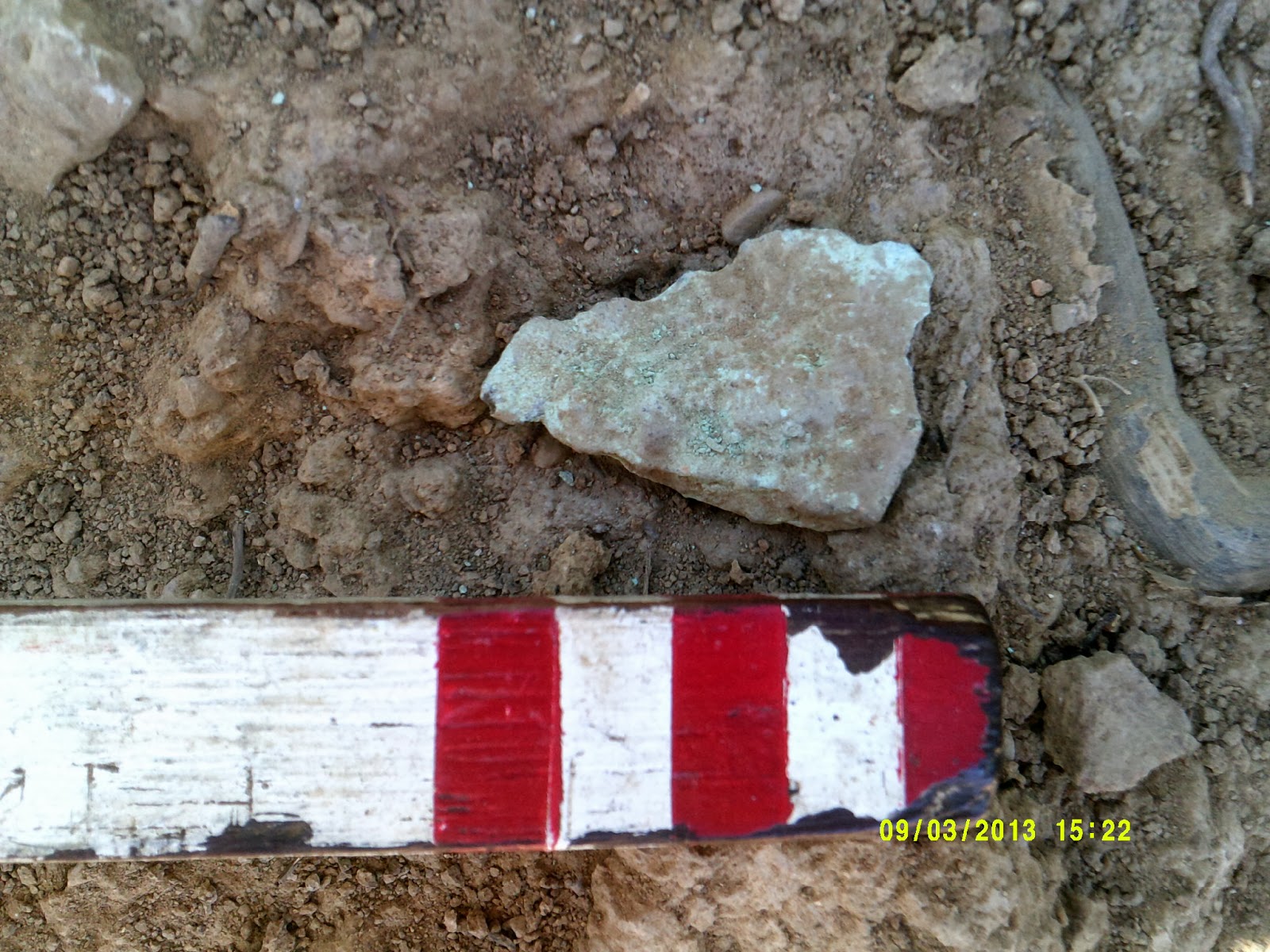 This Bronze arrow-shaped object was found next to the door-hinge, in the same context. Was the bronze aobject crushed by the collapsing door? 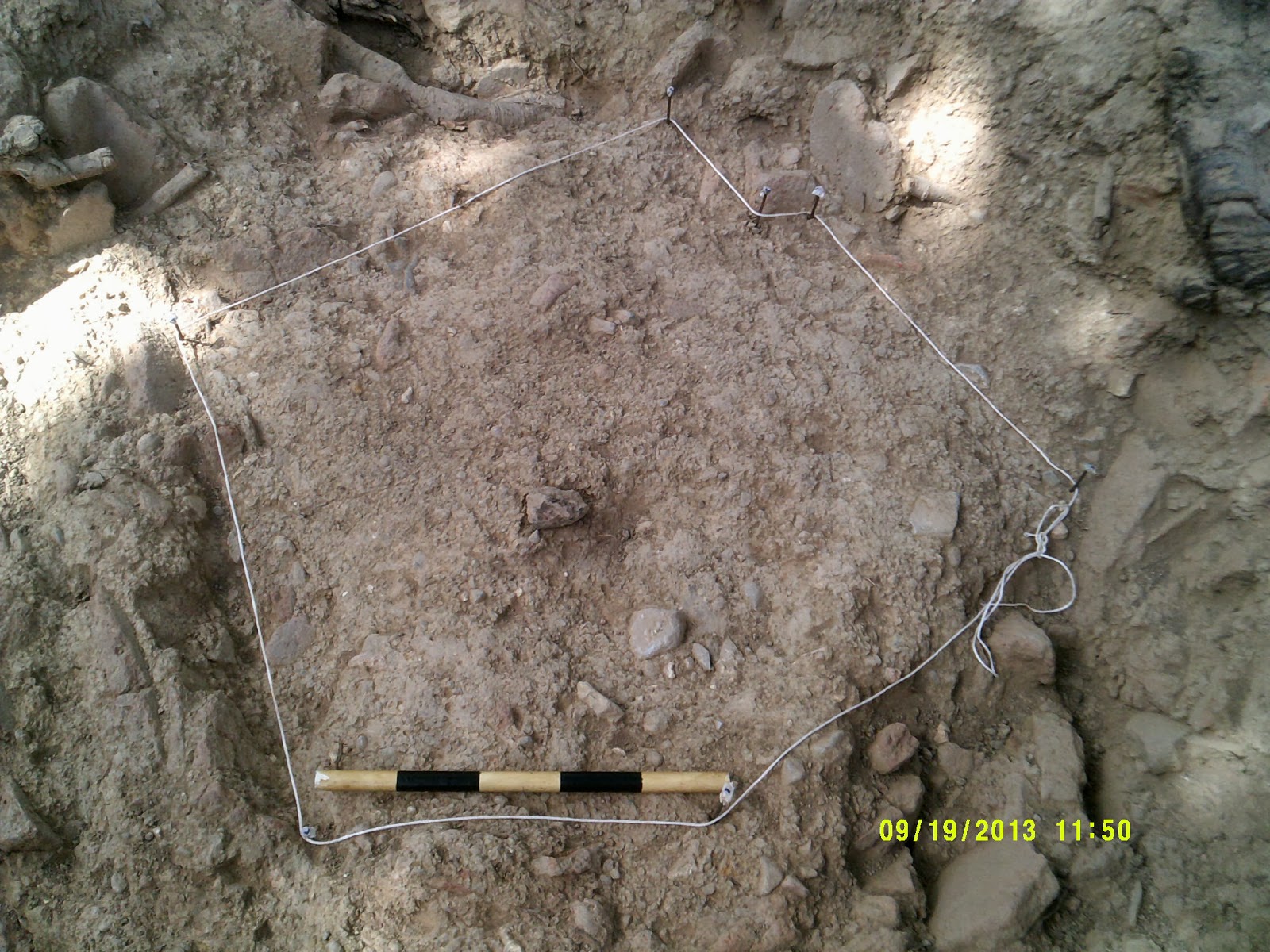 Recording a context- using the string to delimit the 2-dimensional area of the context, an accurate drawing is taken, and a vertical photograph for reference. 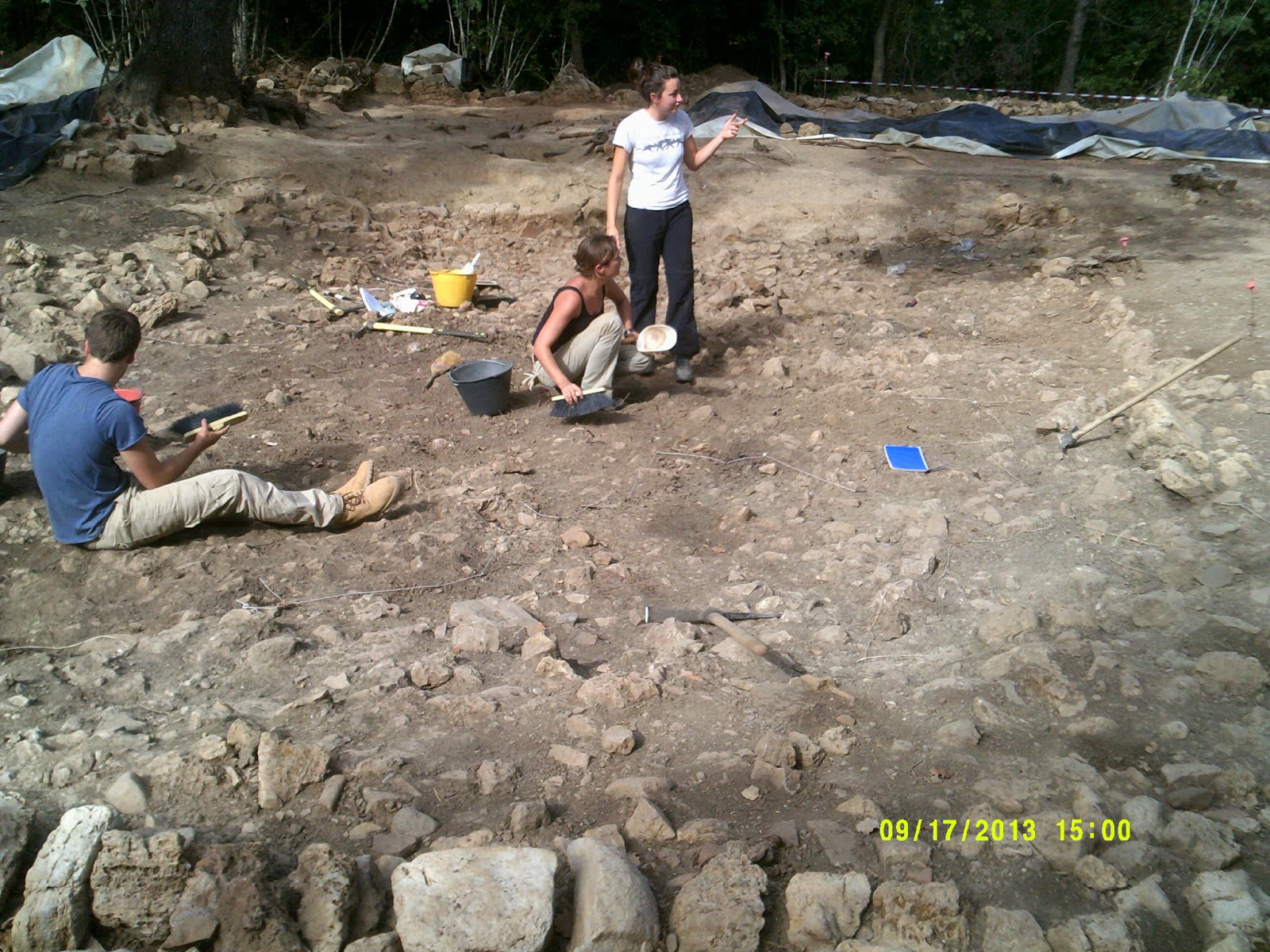 Some of the excavators taking new orders in the courtyard-remove the stones! 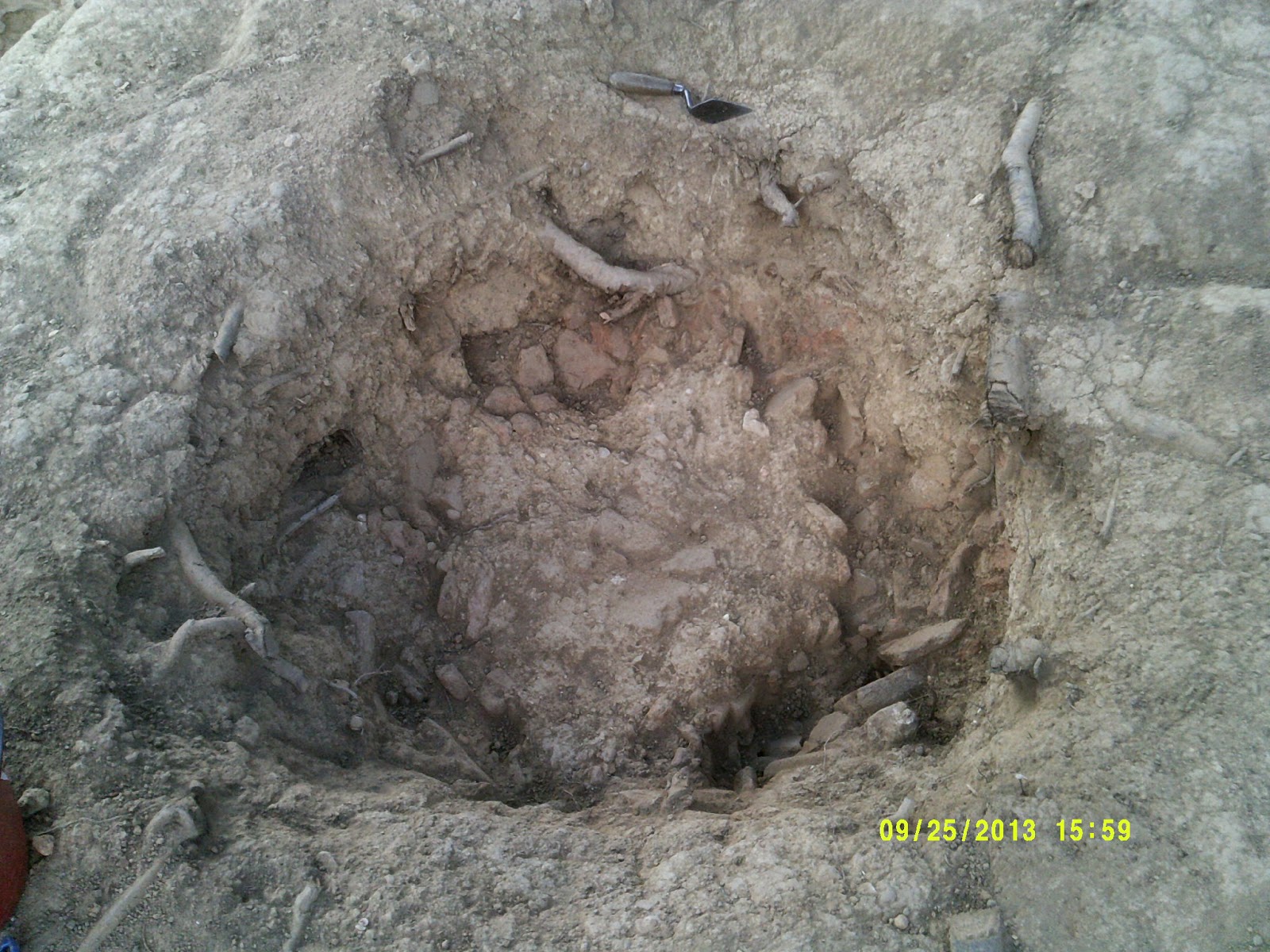 The pit I was stuck digging in for 3 weeks! 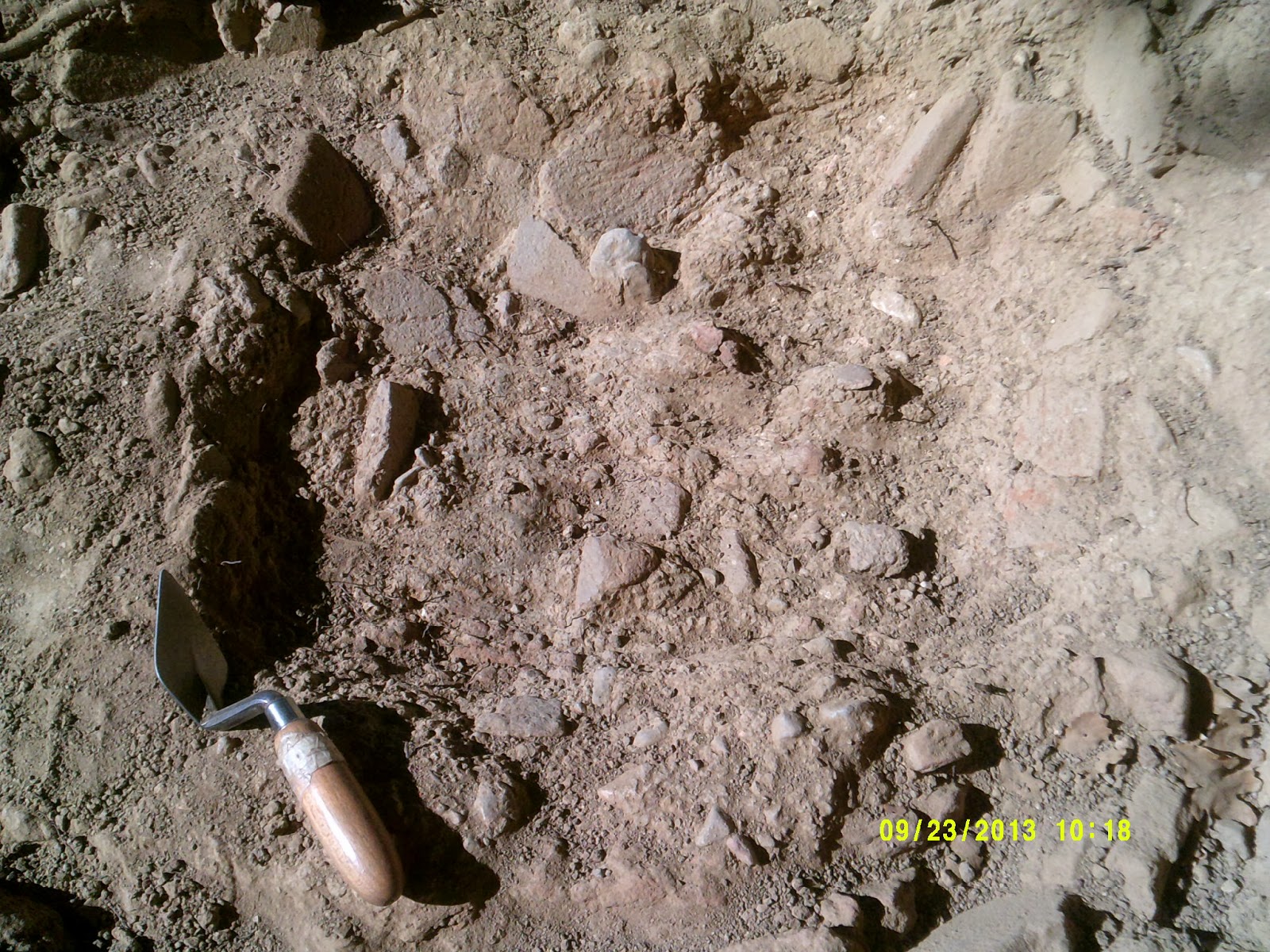 Some rather linear features inside the circular pit- why are they in here? Turns out that it was part of a deep well! 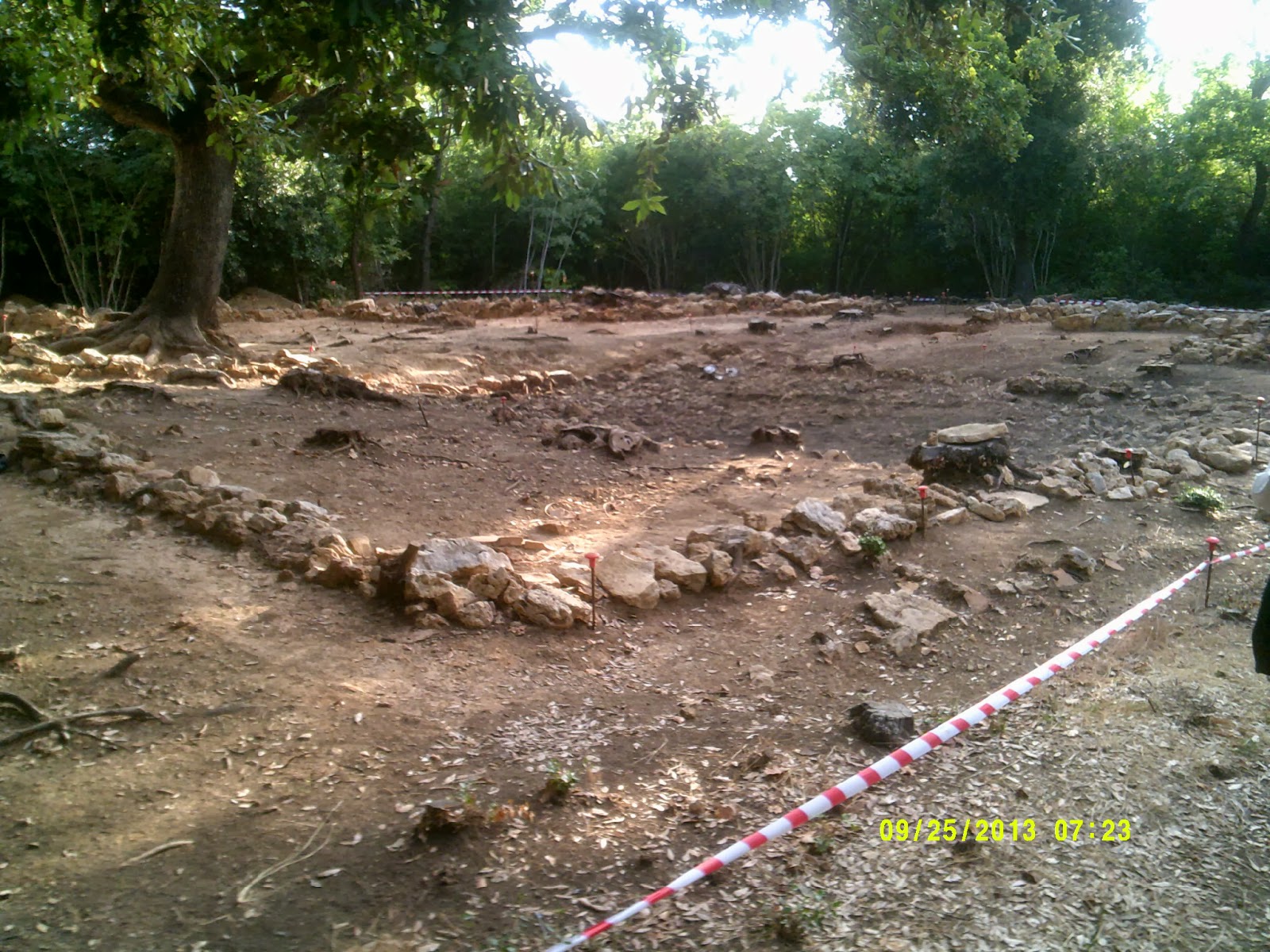 The last picture I took on the camera of the site :(. That tree created a lot of shade, but as you can probably see from the other photos, tree roots were a major problem throughout the Casa!